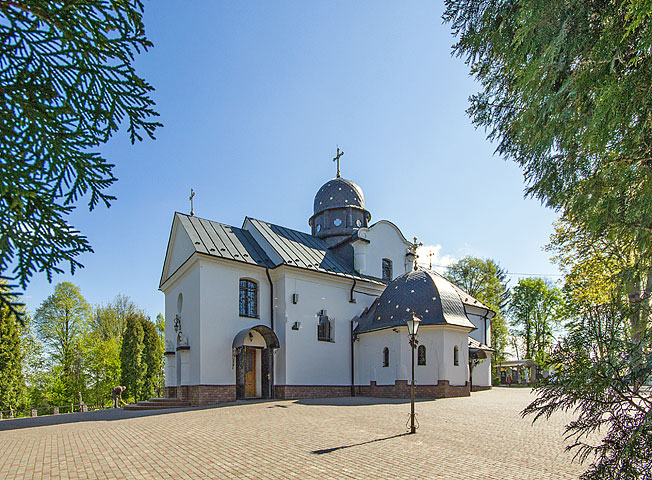 Stradch is the spiritual center of the Ukrainian Catholic Archeparchy of Lviv, with very long history. By the initiative of the parish priest Mykola Voyakovskyi, in 1939 were started archeological excavations, which stopped because of the beginning of World War II. In the same year was published scientific research of Fr. Voyakovskyi, which in he describes in detail the cave monastery, located in Stradch.

At a distance of 34 m. from the entrance to the cave monastery, there is a crossroads. The passage to the right is called “To the water well”, because of the sound of water came from there, and the one on the left – “To Kyiv”. The name of the second is most likely due to the fact that people believed that it leads to the Kyiv-Pechersk Lavra. In this way, the locals emphasized their spiritual connection with the Church in Kyiv. According to legend, in the XIII century. about two thousand locals were tortured (executed) by the Tatars at that place. This is where the name of the village Stradch comes from (“execution”/ “executed” – ukr. “strata” / “strachenyi”). This is the first known case of martyrdom in this area, when christians were executed by the people, who profess another religion. According to legend, at the same time Virgin Mary appeared, holding hands up, and said: “Nerushyma Stina” (“Immovable Wall”). Then, She took away the souls of martyrs to the Heaven. Because of this Stradch received the status of the Marian Spiritual Center. When World War II began, Father Mykola Konrad, professor of the Spiritual Seminary and the Lviv Theological Academy, was appointed to be the parish priest of Stradch.

In June 1941, in the line of duty, knowing he might die, he went to the neighboring settlement, to confess a sick woman. In those days the Soviet troops had been retreating, with great destruction leaving behind. It was dangerous to set off, so Volodymyr Pryima, who was a cantor in Stradch church, knowing he might die too, decided to go with the priest. On this day, June 26, 1941, not far from Stradch, both of them were killed: Father Mykola was shot by soviets, and Volodymyr was brutally tortured by the bolsheviks. In 2001, Pope John Paul II proclaimed them blessed martyrs for their faith.

One of the features of Stradch is the “Way of the Cross”, which Pope Pius XI had granted indulgency for each day of the year. There are two other indulgences granted by the Holy See. The first one – on the feast of the Assumption of the Blessed Virgin Mary, on August 28 (Julian Calendar), and the second one – on June 26 – the day of the martyrdom of Blessed Father Mykola Konrad, and Blessed Volodymyr Pryima. 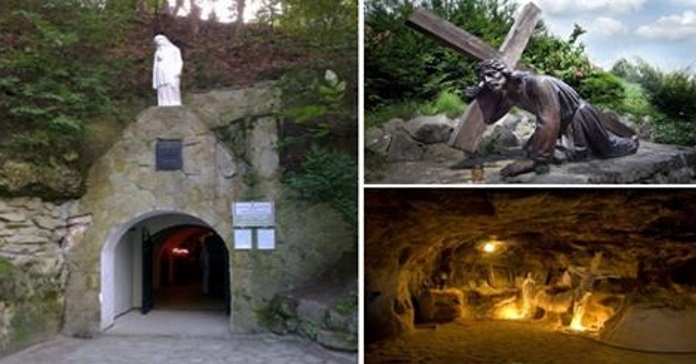